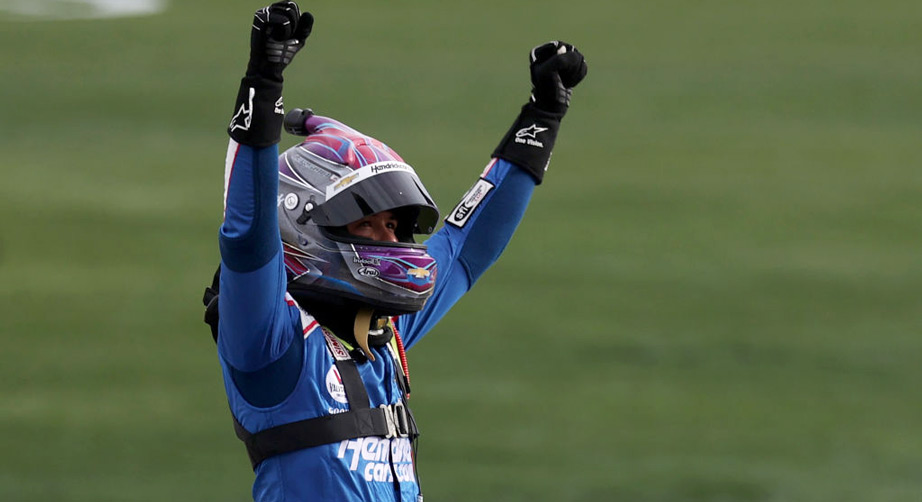 1. Denny Hamlin — Consistency has been Hamlin‘s calling card in the early going and it was again on display Sunday in Las Vegas. The Joe Gibbs Racing driver knocked down fourth- and third-place finishes in the first two stages before posting a fourth in the fourth race of the 2021 season.

2. Kyle Larson — It took just four races at Hendrick Motorsports for Larson to find Victory Lane as he won the Pennzoil 400 for his first NASCAR Cup Series triumph since 2019. Larson led six times for 103 laps on his way to career win number nine, his first on a 1.5-mile track.

3. Chase Elliott — Had a fast car but a slide down the backstretch took Elliott out of contention for a win. The best he was able to do was battle his way back from that adversity to end up 13th overall.

4. William Byron — Followed up his Homestead-Miami Speedway win with a solid outing in Las Vegas. Byron posted top-10 finishes in the first two stages, including a fourth in Stage 2. He took the checkered flag eighth.

5. Christopher Bell — A very solid outing for Bell in Las Vegas that saw him stay inside the top 10 in both the opening pair of stages as well as his seventh-place overall finish.

7. Kevin Harvick — A miserable day for Harvick who had high hopes given his past Las Vegas Motor Speedway success. He started from the pole but battled a multitude of challenges throughout the afternoon to eventually post a disappointing 20th-place finish.

8. Michael McDowell — His streak of top-10 finishes came to an end Sunday for McDowell, who drove to a 17th-place performance for Front Row Motorsports.

9. Brad Keselowski — Scored his 11th top 10 in the last 12 races at Las Vegas and turned in his best finish this season with a second place Pennzoil 400 performance.

10. Joey Logano — His bid for three straight Pennzoil 400 wins came up short in a day that saw Logano drop back in the middle of the race only to rally for a ninth-place Las Vegas finish.