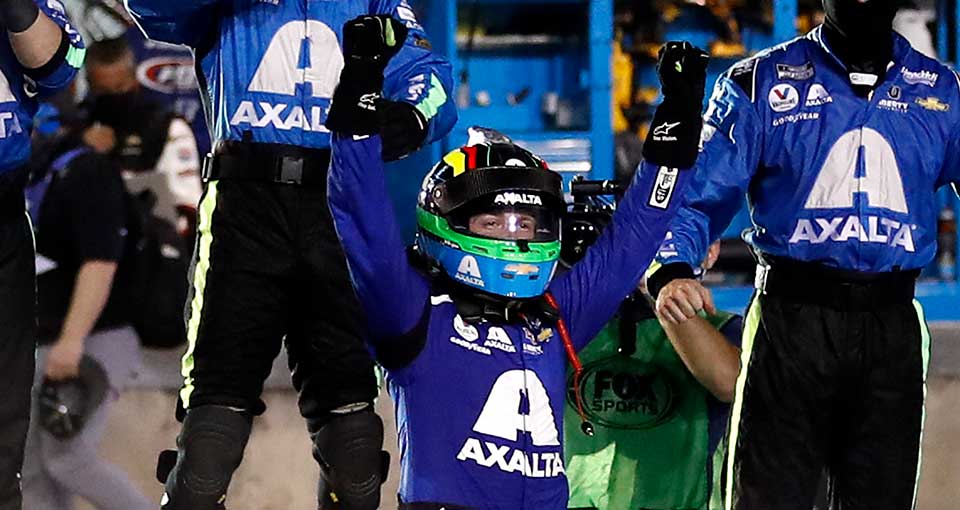 1. Denny Hamlin — Last year‘s Homestead-Miami race winner was slated to start from the pole, but was forced to start in the back after unapproved adjustments. Hamlin battled his Joe Gibbs Racing teammate Martin Truex Jr. at the close of the second stage to finish in the runner-up spot, but was not much of a factor later on in the race. Hamlin crossed the finish line 11th.

2. Chase Elliott — He did lead four laps and was at the front of the field for much of the race, posting the fifth-best average running position, until it mattered most. Elliott slid back and was out of contention for the win in the latter stages on Sunday and settled for a 14th-place finish.

3. Michael McDowell — There‘s no letting up for the Daytona 500 winner. McDowell has for the first time in his career finished top-10 in three consecutive races, which is also best career streak for Front Row Motorsports. McDowell posted a sixth-place performance on Sunday.

4. William Byron — Career win number two came in Byron‘s 11th start. The Hendrick Motorsports driver led four times for 102 laps, the most he‘s ever led in a race. Byron won in his third Cup start with crew chief Rudy Fugle after they won seven times together in the Camping World Truck Series.

5. Christopher Bell — A letdown after scoring his first career Cup win the week before at the Daytona Road Course. Bell was only able to muster a 20th-place finish Sunday at Homestead-Miami, a track he had circled going into the 2021 season.

6. Kevin Harvick — Not showing the dominance of a year ago but Harvick has been very much in a steady as he goes streak to start the year. He scored his 12th top five and 18th top-10 finish at Homestead-Miami, both most all-time. Harvick has finished in the top 10 in all three races this season.

7. Martin Truex Jr. — The Joe Gibbs Racing driver has finished top three in four of the last five races at Homestead-Miami, including his third-place run on Sunday, which included a spirited battle with teammate Denny Hamlin to the finish of Stage 2.

8. Kyle Larson — Steadily improving on a weekly basis and Larson was very good Sunday at Homestead-Miami, one of his best tracks on the schedule as he posted his fourth top-five finish in his last six starts at the track.

9. Kurt Busch — Made a stellar drive back to the front of the field after he was forced to pit for a vibration while running fourth on Lap 228. The Chip Ganassi Racing driver had one of the fastest cars on track in the closing laps to rally for an eighth-place finish.

10. Joey Logano — It was a struggle for Logano Sunday at Homestead-Miami particularly in the second half of the race when he faded back and could not do any better than a disappointing 25th-place finish after starting from the front row.