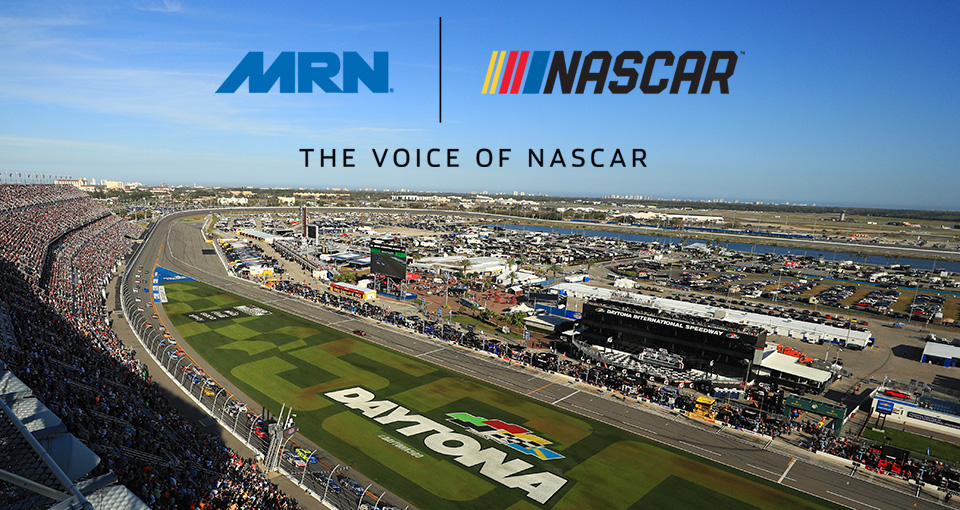 Motor Racing Network is set for six consecutive days of live coverage of Speedweeks Presented by AdventHealth from Daytona International Speedway to kick of the 2021 NASCAR season.

A highly anticipated year that will see the debut of new teams, drivers in new places, a revamped schedule and much more begins Tuesday night with the running of Busch Clash on MRN starting at 6 p.m. ET. The annual non-points event will be contested on the 14 turn, 3.61-mile road course for the first time after being held on the 2.5-mile superspeedway since the first event in 1979.

Twenty-One drivers are entered in the Clash based on the eligibility criteria, including reigning NASCAR Cup Series champion Chase Elliott, who has won the last four road-course events. Road racing is a series of compromises with the car, something that Elliott does with flying colors according to his crew chief Alan Gustafson.

“He enables us to put the fastest, most aggressive car on the track, and he manages it really well.” Gustafson said last week on MRN Crew Call. “It‘s definitely a luxury, and everybody who has been fortunate enough to work with a guy of that caliber knows that‘s a key component.”

The 35-lap race with one scheduled caution at Lap 15 will be the second time the series has raced on the course. Last August, the track was implemented into the schedule for all three of NASCAR top divisions due to the COVID-19 pandemic. Austin Dillon is the only driver in the Clash that has yet to race on the track in a Cup Series car after he missed last year’s race due to a positive COVID-19 test.

“I can‘t wait to race Tuesday night in the Clash,” said Dillon, who along with Elliott competed in last month’s Rolex 24 at the track. “That‘ll be a fun one and a kind of test session to get us ready for the first race outside the 500. We‘re taking it as a test session and are really focused on being aggressive with the adjustments on the car and how I drive in that race.”

Denny Hamlin and Kevin Harvick lead all active drivers with three wins each in the Busch Clash on the superspeedway. Hamlin finished second on the road course in 2020 and Harvick placed 17th.

The Busch Clash will mark the debut of the 23XI Racing team – co-owned by NBA legend Michael Jordan and Hamlin – with Ty Dillon, who is eligible for the race after winning a stage at the Charlotte Motor Speedway, driving the No. 23 Toyota.

Bubba Wallace, 23XI’s full-time driver, will take to the track for the first time on Wednesday in the first practice session for the Daytona 500 (MRN, 12:05 p.m. ET). The 23XI organization is one of many new Cup Series teams that includes Trackhouse Racing, co-owned by former driver Justin Marks and Grammy award-winning singer and songwriter Pitbull, with driver Daniel Suarez. Also, B.J. McLeod and Matt Tifft announced in the offseason the formation of Live Fast Motorsports with McLeod driving the No. 78 Ford.

Wednesday night’s qualifying session (MRN, 7:30 p.m. ET) will set the front-row for the Daytona 500 along with the lineups for the Bluegreen Vacations Duel.

Chevrolet has won the last eight poles for the Daytona 500 with JTG Daugherty’s Ricky Stenhouse Jr. taking the top spot last year. Hendrick Motorsports leads all teams with 13 poles for for the 500. Alex Bowman, who will make his debut in the No. 48 Ally Chevrolet, has started on the front row for all three of his 500 starts with Hendrick dating back to his pole in 2018.

“We‘ve qualified well at Daytona in the past, and that will determine the strategy for the Duel event.”

Thursday’s Bluegreen Vacation Duel (MRN, 6 p.m. ET) will set the rest of starting lineup for the Daytona 500. Thirty-six chartered teams are guaranteed a spot in The Great American Race with the open teams battling for the four remaining positions. Those spots will be filled by the top finishing open team in each duel or by the top two qualifying times among the group on Wednesday.

“The Duel is going to be very important,” said Noah Gragson, who will pilot the No. 62 Chevrolet for Beard Motorsports. “Hopefully, we get a good qualifying lap in and we‘re able to lock ourselves in, but you have to plan for the worst in this sport. Just being fully prepared in all avenues is the most important thing for me. You can never watch enough film, especially at superspeedway racing. There are some really good guys out there.”

MRN’s coverage of Speedweeks continues on Friday with the season opener for the NASCAR Camping World Truck Series at 7 p.m. ET.

ThorSport Racing’s Grant Enfinger is the defending race winner. This year the team will make the switch from Ford to Toyota with Enfinger splitting the No. 98 truck with Christian Eckes, who will make his debut with the team on Feb. 21 at the Daytona Road Course.

On Saturday, MRN will have a busy schedule starting with a pair of practice sessions for the Daytona 500 at 9:30 a.m. and 12:05 p.m. ET. The final practice for the 500 will be followed by the season-opening ARCA Menards Series Lucas Oil 200 driven by General Tire at 1:30 p.m. ET. Toyota and Venturini Motorsports have won the last three races at Daytona.

Gragson, driving for JR Motorsports, is the defending race winner. Kaulig Racing’s Justin Haley, who won last August at Daytona, will be seeking his fourth straight win on a superspeedway after sweeping both races at Talladega.

“This is a big opportunity for us and my team and myself personally, it’s just I never would have imagined that we’d be in this position by any means, especially five years ago when we didn’t have any,” Hamlin said. “I always think about, in these situations and anytime you get asked, I think about all the ones that slipped away that I had in control and didn’t make the right decision at the end to finish it off. It would be by far my biggest victory of my career and one that I probably wouldn’t exchange for anything.”

In the last 11 Daytona 500s, Hamlin is the only repeat winner. Series champions Elliott, Kyle Busch, Brad Keselowski and Martin Truex Jr. are still looking to add a win in The Great American Race to their impressive resumes.

“It‘s definitely the one big box I don‘t have checked,” Keselowski said. “I‘ve got the championship. I‘ve won every other major but Daytona. The only other person that can claim that actively right now is Kevin Harvick and I want to join that club. It‘s a big club to be in — to have all the majors and to have a championship. I know I‘m right there and I want to make it happen and feel like I‘ve done a lot of the right things to make it happen. I haven‘t been perfect, but it‘s certainly part of the source of frustration, for sure.”

Along with MRN’s live coverage from the track, be sure to listen on Monday night at 7 p.m. ET to “Speedweeks 2001…a week that changed NASCAR.” Also, MRN daily shows for Speedweeks will see Hamlin’s crew chief Chris Gabehart join Steve Post on MRN Crew Call on Wednesday at 10 a.m. ET and John Hunter Nemechek on MRN Outloud! hosted by Woody Cain, Thursday at 10 a.m. ET.