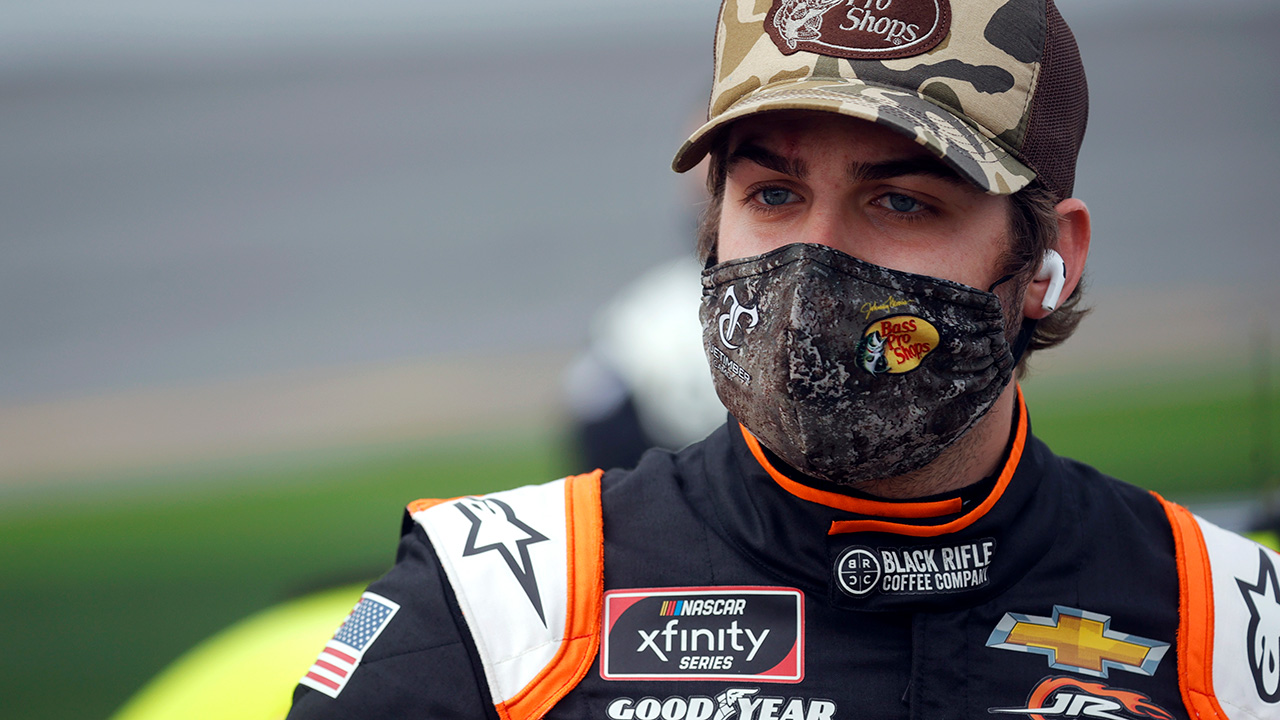 Noah Gragson heads home to Las Vegas looking to turn around a tough start to the season that has him mired deep in the Xfinity Series standings.

The JR Motorsports driver finds himself buried back in 27th place after opening the season with respective finishes of 32nd, 28th and 33rd. However despite the results, Gragson insists neither he or his team plan on changing their approach.

“I‘m motivated myself,” he said. “Our team is motivated. But yeah, we’re really deep in the points. So, we need to win. I don’t really care about finishing second, third or fourth. I’m either going to wad that thing up or I’m going to be in Victory Lane. I’m not there for a second.”

A trip to Victory Lane appeared to be in his grasp last week at Homestead-Miami Speedway. Gragson had a healthy lead with just a handful of laps remaining until disaster struck. David Star slid up and slapped the wall directly into Gragson‘s path, who had nowhere to go but into the rear of the MBM Motorsports Toyota.

Gragson was heated after the incident and days removed is still stinging from the sudden turn of events.

“I mean, yeah, we try to keep our heads up,” Gragson said. “We know the speed we had, I mean, I was running half throttle from those guys there at the end and we were the dominant car. We got some damage earlier in the race from the 2 car (eventual race winner Myatt Snider) losing it underneath us and wiped us out and we got a lot of damage. So, we had to go to the back and fix the car and then it was never really the same from then on but was able to drive back up to the front. (Brett) Moffitt took tires and was on fresher tires, and we still reeled him in and passed him.

“So, that just shows how good (crew chief) Dave Elenz and the rest of the team is. I really enjoy running up against the wall, It’s a lot of fun and I think they know who the real race winner was if we don’t have that event happen at the end of the race.”

Now Gragson heads to his home for Saturday‘s Alsco Uniforms 300. In a city where luck is a major attribute, Gragson knows he could use some but plans to take matters into his own hands.

“We salvaged good finishes there, but I don’t know if we’ve had the best of luck there the first three I’ve been there,” he explained. “But the last one was really good. So, I’m really excited to get back to it with these guys. I know our team, we’re more motivated than ever and really want to win. I don’t believe in bad luck, I just need to go faster because it just sucks the way these last couple weeks have gone.”

The 1.5-mile Las Vegas Motor Speedway, where Gragson has a 3.8 average finish in four starts, has some unique characteristics.

“You can move around at Vegas,” he said. “It’s a fun track. The track’s wearing each and every year we’ve been there and developing new bumps. I know there’s always been a lot of bumps in (Turns) 1 and 2 but you can move around pretty freely in 1 and 2, I feel like. Three and four, it’s like it’s stuck right on the bottom. So, it’s a tough and challenging race track.

“We’ve put up good numbers there. So, hopefully we can add a number one to that list.”

Noah Gragson will be one of the featured guests tonight on “NASCAR Live” at 7 p.m. ET at mrn.com.