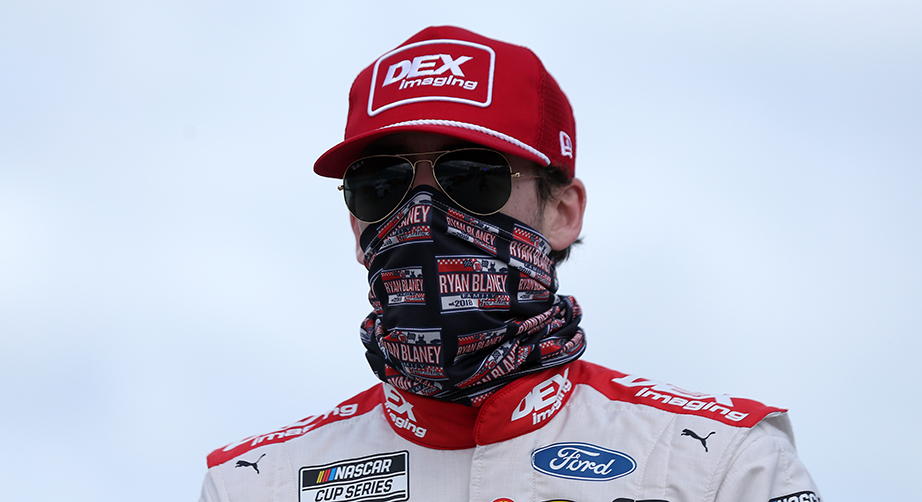 Blaney‘s start to the season didn‘t go particularly well with disappointing performances in the Daytona 500, on the Daytona International Speedway Road Course and at Homestead-Miami Speedway. But those frustrations were in the rearview mirror last week when he came home with his Vegas top-five.

It has Blaney feeling much better about what lies ahead.

“I‘m really proud,” he said. “Obviously, you want to be doing better and better, but I‘m really proud of what we‘ve been able to do — the whole team.

“It was really nice to get a good run at Vegas. It was our first good run of the year. We‘ve struggled getting going this year, but just unfortunate things happened. It was nice just to have a solid run. I didn‘t think we had a car that could contend for the win. The 5 (race winner Kyle Larson) was pretty spectacular, but it was nice to have a strong car that could run in the top five most of the day.”

Now Blaney sets his sights on Phoenix Raceway and Sunday‘s Instacart 500. While he‘s hoping to keep things headed in the right direction after his Las Vegas outing, Blaney is also well aware of the additional importance this weekend.

Since Phoenix will again host this year‘s Championship 4 season finale in November, a goal of every driver in Sunday‘s field including Blaney, building a strong notebook for that return is an important goal.

“I think teams focus on every track to the fullest of their abilities because you want to win,” Blaney said. “You want to win every single weekend. When you‘re going to a track early in the year, just like Vegas, where we‘re going to return to and it is in the playoffs, yeah, you definitely build your notebook up. You take notes after every single race and teams and drivers build off of that previous race. That‘s how you adjust for the next one.

“It don‘t matter if it‘s a championship race or the playoffs if it‘s the doubleheader at Pocono, you really focus on the previous race to build off the next one, so I don‘t think there‘s more emphasis on really paying attention to this race. I think it‘s just like everyone else, you‘re always focused and paying attention just to build your notebook up, but everyone knows going into this race that if we‘re in the Championship 4 this year we really have to pay attention. So, I don‘t think any more than another race or racetrack, but you definitely have that in the back of your head.”