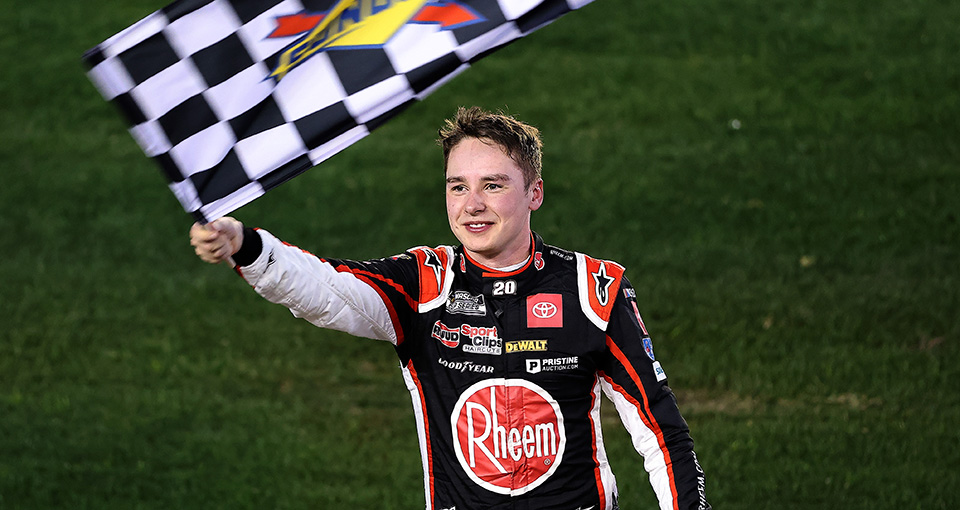 Bell, who was a guest on MRN’s “NASCAR Live” on Tuesday night, took the checkered flag in last Sunday‘s O‘Reilly Auto Parts 253 at the Daytona International Speedway Road Course. It was the 38th start of Bell‘s young Cup career but by far his most memorable.

“That was a pretty special one,” Bell told MRN. “Honestly it coming at Daytona is kind of full circle. I started my Daytona career in the Truck Series. I guess it would have been in 2016 and I ended up upside down so I’m happy that I could finally get a victory even though it was on the road course, not the oval.”

Winning in NASCAR‘s top division is a special moment for any driver. But for that to come on one of the most iconic tracks in motorsports at Daytona makes it even more special. While it wasn‘t The Great American Race, Bell knows the importance of winning at Daytona and looks to do it again on an even bigger stage.

Click to listen to Bell on this week’s “NASCAR Live”

Bell had a good car on Sunday and posted the fourth-best average running position from the 12th starting position. As the laps wound down, Bell found himself in hot pursuit of race leader Joey Logano. He was finally able to rundown Logano and pounced on the opportunity to pass for the top spot and eventually the win.

“I knew that we would be competitive going into the race,” Bell said. “It was one of my better races last year as far as car speed. I didn’t get a good finish out of it, but I knew that I was really fast there. So I expected to be competitive and did I expect to win? Probably not, but I expected to be in the hunt and you know the cards fell my way.

“…fortunately the last lap was probably one of the easier laps that I did. I was at a tire advantage over the 22 car and I just passed him. So I knew that it was pretty much smooth sailing and all I had to do is hit my marks and make sure I didn’t go off course.”

Bell‘s career is definitely on the right course. After a mediocre freshman season that saw him with Leavine Family Racing, Bell‘s move to JGR has already paid dividends with his Daytona win and given the young driver a shot in the arm early in the 2021 season.

“I would say for me it’s the fact that I’ve won now in the Cup Series and I hope that I’m able to rattle off a couple more here,” Bell said about his confidence level. “It’s tough, you know, you’re in this sport for a reason, you’re kind of labeled as only as good as your last race.

“So, right now I’m great, but last year whenever I wasn’t running so well, you know, I feel like a lot of people had written me off. So, it’s nice to be relevant again and I hope I’m able to keep it up for the weeks to come.”

Those weeks to come include much more road course racing this year and even a dirt race at Bristol in March. Bell embraces the variety of the schedule and is ready to tackle everything that comes his way.

“Yeah, and I mean even without the dirt race and the road courses, I feel like I have a shot to win,” he said. “You know, I feel like going to Homestead it was one of my better races last year, so I think we should be really competitive this week. Vegas has been a great race track for me. Phoenix I have a couple Xfinity wins.

“So, you know, you just go on down the list of the race tracks that we go to and, you know, there’s not very many of them out there that I think that we shouldn’t have a shot at.”