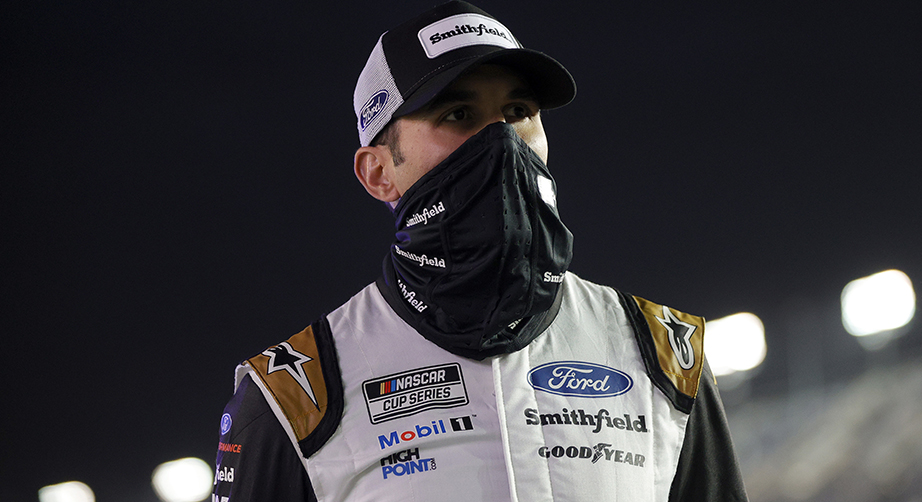 Aric Almirola is looking for better things in 2021 and hopes that happens in Sunday‘s GEICO 500 at Talladega Superspeedway (2 p.m. ET on FOX, MRN and SiriusXM NASCAR Radio).

The Stewart-Haas Racing driver is off to a tough start this season and has struggled since the opening race at Daytona. He enters Sunday’s 10th race of the campaign 27th in the NASCAR Cup Series point standings and has only had three lead lap finishes.

Needless to say, Almirola, is frustrated and ready for things to head in a much better direction as quickly as possible.

“No, I did not expect our season to start the way that it has,” Almirola said. “I don‘t think anybody on our team or any of our partners or anybody, even most of the reporters that report on our series, would have expected us to go through the beginning part of the season that we‘ve gone through, so that was definitely something that‘s caught us all off guard.

“It‘s been a really rough stretch, but I‘m proud of the way that we‘ve continued to fight and we‘ve continued to dig deep and really try and persevere, and Richmond was a nice way for us to bounce back and hopefully we can put all those bad races behind us and we can move forward and keep the momentum going now.”

Talladega provides Almirola and the SHR team with a solid opportunity based on his past performances at superspeedway races. Almirola has a pair of Cup wins on his resume with one each coming at Daytona and Talladega. As the series comes off a string of three consecutive short-track races at Bristol, Martinsville and Richmond, Almirola is prepared for the challenge of competing on the longest oval track in NASCAR.

“I‘ve won at Talladega in the Cup Series, the Xfinity Series and always seem to find myself up front with a shot to win most races there, so I really view Talladega as a place that is a potential possibility to go and get a win.”

Almirola is also thinking about the bigger picture and where he is in the point standings and playoff picture. With so much ground to make up at this juncture of the season, he believes his path to the postseason will come with a trip to Victory Lane.

“I think pointing our way in from here is a long shot for sure, especially just because we haven‘t scored a lot of stage points anyway and our cars have been off, so a good day for us is similar to what we ran at Richmond,” he said. “We flirt with the top 10, you score a few stage points and get a top-10 finish.

“That‘s what we‘ve been capable of lately, so I know the guys at the shop are working hard to get our cars back to where they need to be to go compete for wins every week. We‘re going to need to win, and Talladega is a great opportunity for us to do that, but we can‘t do that if we‘re on a wrecker, so I think it is important for us to be mindful of that, making sure that we get to the finish so that we have a shot to win the race.”

Nemechek Ready for Next Chapter