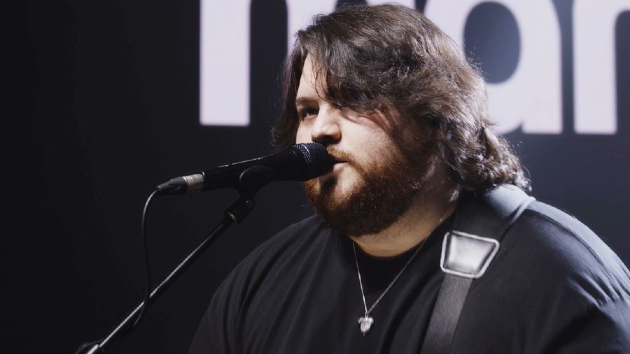 The tracks, titled “Don’t Back Down” and “Think It Over,” are both available for digital download. “Don’t Back Down” is also accompanied by a video, which features Wolf playing every instrument on the song, Dave Grohl on Foo Fighters style.

You can watch the “Don’t Back Down” video streaming now on YouTube.

Both new tunes will be included on the self-titled debut Mammoth WVH album, due out June 11. The record also includes the previously released single “Distance,” which Wolf released last fall as a tribute to his late father, the iconic Eddie Van Halen.

In related news, Wolf has opened up more on his decision to decline performing the Van Halen classic “Eruption” as a tribute to his dad during the Grammys earlier this month. In an interview with Rolling Stone, Wolf says he thought the idea was a “tone-deaf ask.”

“It just didn’t feel right,” Wolf explains. “I think some people are like, ‘Well, you should have just f***ing done it anyway.’ And I don’t think they were really thinking about the emotional attachment to it. And just the fact that it isn’t the right thing to do and something I’m not comfortable with.”

Fans were upset with the actual Grammy tribute to Eddie, which consisted of a 20-second clip of the musician as a spotlight shone on his signature “Frankenstrat” guitar.

“I’m a little biased, but I think you cannot argue the impact that three guitar players had on the history of the instrument. And that’s Les Paul, Jimi Hendrix, and my dad,” Wolf says. “So when something like this happens, you think he would be deserving of a bit more time.”