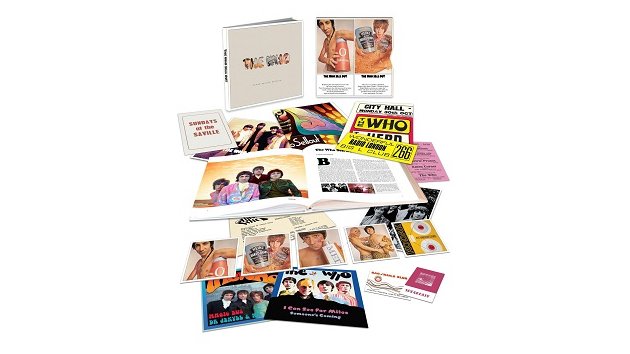 In advance of next month’s release of the massive reissue of The Who‘s third studio effort, the 1967 concept album The Who Sell Out, a digital EP featuring three previously unheard or rare tracks from the collection was made available today.

The Sell Out Jingles digital EP features recordings of fake commercial jingles that the band recorded to link the full-length songs that appeared on the album, which was intended to parody the British pirate radio stations that were popular at the time.

The EP’s tracks are a pair of takes of “Heinz Baked Beans,” the ad medley “John Mason Cars”/”Speakeasy”/”Rotosound Strings”/”Bag O’Nails,” and two takes of “Premier Drums.” The EP is the second in a series of planned digital previews leading up to The Who Sell Out reissue’s April 23 release.

As previously reported, the reissue will be available in multiple formats and configurations, including an expansive Super Deluxe Edition featuring five CDs and two seven-inch vinyl singles.

The Super Deluxe version will feature a whopping 112 tracks, including 47 previously unreleased recordings, 14 of which are unheard Townshend demos.

The collection also comes with an 80-page hardback book offering a new liner notes and a track-by-track annotation by Pete, plus rare photos and memorabilia, including posters, a replica concert program, a bumper sticker and a Who fan club photo.

You can pre-order the reissue now. Visit TheWho.com for full details.

Genesis to release ‘The Last Domino?’ compilation in November as companion to band’s upcoming tour