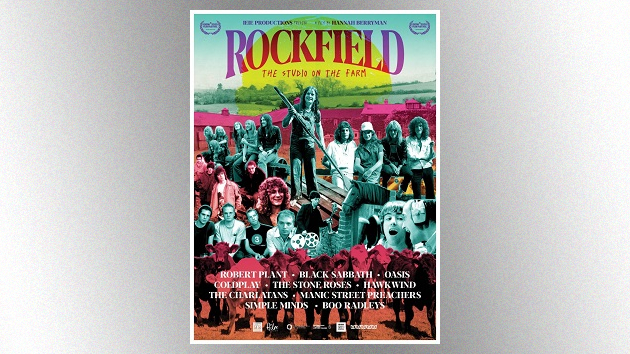 Led Zeppelin‘s Robert Plant and Black Sabbath‘s Ozzy Osbourne and Tony Iommi are among the many rock musicians interviewed in a new documentary called Rockfield: The Studio on the Farm, which focuses on a famous recording facility located on a farm in the Welsh countryside.

Founded 50 years ago by brothers Kingsley and Charles Ward, Rockfield Studios bills itself as the world’s first residential recording studio, where bands would come and live on the grounds while working on their various projects.

Other famous artists who appear in the film include Coldplay‘s Chris Martin, Oasis singer Liam Gallagher, and members of Simple Minds, Stones Roses, The Charlatans and Hawkwind.

The movie features the various artists sharing recollections about their experiences at the studio, and the Ward brothers discussing the facility’s history.

You can check out a trailer for the flick at the Abramorama YouTube channel. In one segment of the promo, one of the Ward siblings recalls that when Queen was working at the studio, Freddie Mercury was putting the finishing touches on “Bohemian Rhapsody.”

Rockfield: The Studio on the Farm will get its U.S. premiere on May 13 at a special drive-in screening at the Regency 16 Theaters in Van Nuys, California, and then will be made available via video on demand on May 14. Starting on May 29, the film will be viewable as part of Amazon Prime Video’s streaming channel The Coda Collection.

New Led Zeppelin documentary, made with band’s participation, is ready to go