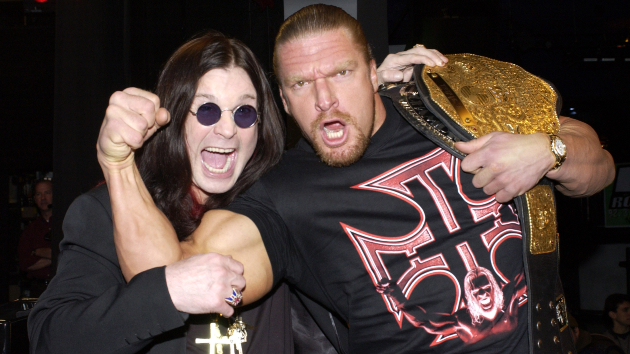 Having already been inducted into the Rock & Roll Hall of Fame, Ozzy Osbourne has now received the same honor in pro wrestling.

The Prince of Darkness has officially become a member of the WWE Hall of Fame. The induction ceremony, which aired Tuesday night, featured a video from Ozzy accepting the award.

“Thank you so much WWE for this amazing award,” Ozzy said in his message. “I don’t deserve it, but thanks anyway.”

Ozzy’s past WWE roles have included performer and host, and he also at one point was a wrestling team manager. WWE personalities have also taken part in Ozzfest over the years.

Osbourne was inducted into the Rock & Roll Hall of Fame with Black Sabbath in 2006.

Foo Fighters react to Rock Hall induction: “The guitar player from The Germs is in the Rock & Roll Hall of Fame!”

Ozzy Osbourne has 15 tracks done for next solo album: “It’s kept me alive”