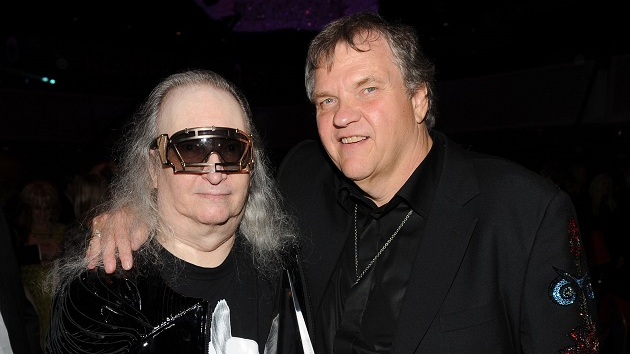 Jim Steinman, the songwriter and producer best known for his work with Meat Loaf, has died. He was 73.

Variety reports that Steinman died Monday in Connecticut, according to the state’s medical examiner. No cause of death has been announced.

Steinman came to fame during the 1970s when he wrote Meat Loaf’s entire 1977 Bat Out of Hell album, including the hit singles “You Took the Words Right Out of My Mouth,” “Two Out of Three Ain’t Bad” and “Paradise by the Dashboard Light.”

In 1981, Jim released a solo album, titled Bad for Good, but went on to contribute songs to most of Meat Loaf’s ensuing albums, including the chart-topping 1993 Bat Out of Hell sequel Bat Out of Hell II: Back into Hell. Steinman produced and wrote all of the songs on that album, including Meat Loaf’s only #1 hit, “I’d Do Anything for Love (But I Won’t Do That).”

Steinman’s knack for writing theatrical power ballads resulted in memorable hits for several other music stars, among them Bonnie Tyler‘s “Total Eclipse of the Heart” and “Holding Out for a Hero,” Air Supply‘s “Making Love Out of Nothing at All,” Celine Dion‘s “It’s All Coming Back to Me Now,” and Barry Manilow‘s “Read ‘Em and Weep.”

In 1996, Steinman wrote the lyrics for the Andrew Lloyd Webber musical Whistle Down the Wind, which premiered at the National Theatre in Washington, D.C., and had a two-and-a-half-year run in London starting in 1998. In 2012, Jim was inducted into the Songwriters Hall of Fame.

More recently, Steinman wrote Bat Out of Hell: The Musical, a stage production that features songs Jim composed for all three of Meat Loaf’s Bat Out of Hell albums. The musical premiered in Manchester, U.K., in 2017, and had a Broadway run in 2019.

Muscle Shoals session drummer Roger Hawkins, one of the legendary “Swampers,” dead at 75

Al Schmitt, who won more Grammys than any other studio engineer, dead at 91