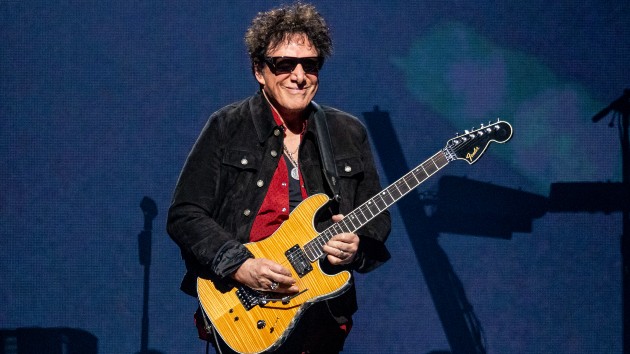 (Note Language) Neal Schon isn’t happy that someone is copying the cover of Journey’s 1981 album, Escape. The guitarist has called out the Cruise to the Edge festival, accusing promoters of ripping off the image.

Well, the similarities were not missed by Schon, who shared his disdain, tweeting, “What the f*** do people think? That your (sic) not going to see this? It’s a blatant rip off.” The tweet includes a pic of the Cruise to the Edge announcement along with Schon’s comment on the pic, which reads “Give me a f***** break. It’s Journeys (sic) Escape art.”

Vicky Cornell comments on Soundgarden’s Rock Hall nomination: “I know that Chris would be so proud”

On This Day – February 2, 1942: Two-time Rock and Roll Hall of Famer Graham Nash was born