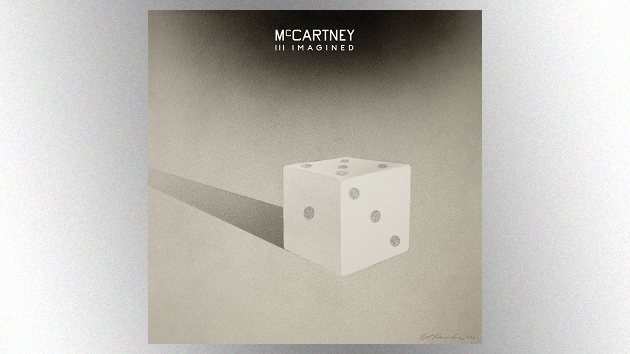 A remix of the new Paul McCartney song “Slidin’,” created by Radiohead guitarist Ed O’Brien, has been released as a digital download and via streaming services.

O’Brien made his “Slidin"” remix under his EOB solo moniker, which he launched in 2019. For his remix, EOB maintains the indie-rock vibe of Sir Paul’s original version, but speeds up the track and adds more distortion.

In addition, a “visualizer” video for the remix has debuted at McCartney’s official YouTube channel. The stop-motion clip features a pair of dice turned to the number three — a nod to the McCartney III and McCartney III Imagined cover art — moving through various scenarios, including riding on a skateboard, bouncing onto cotton clouds and sliding across a guitar.

The EOB version of “Slidin"” is the third McCartney III Imagined cut to be released, following Beck‘s chilled-out remix of “Find My Way” and singer/rapper/songwriter Dominic Fike modern R&B-flavored rendition of the acoustic ballad “The Kiss of Venus.”