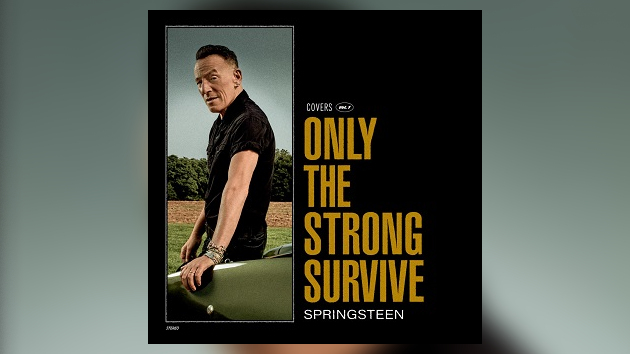 Bruce Springsteen has offered up a third advance track from his upcoming album of soul covers, Only the Strong Survive, which is due out November 11.

Springsteen’s version of “Don’t Play That Song” features Bruce accompanied by a string section, backing singers and The E Street Horns. Coinciding with the track’s release, a black-and-white music video featuring The Boss’ live performance of the song has premiered on his YouTube channel.

The clip was directed by frequent Springsteen collaborator Thom Zimny.

“Don’t Play That Song” follows Bruce’s previously released versions of the Commodores‘ 1985 hit “Nightshift” and “Do I Love You (Indeed I Do),” originally recorded by Frank Wilson in 1965.

As previously reported, Only the Strong Survive features Sam Moore of Sam & Dave as a guest vocalist on two songs. Among the covers on the album are tunes by The Temptations, Four Tops, The Walker Brothers, Dobie Gray, Jerry Butler and more.

Only the Strong Survive can be preordered now. Here’s the album’s full track list:

“Only the Strong Survive”
“Soul Days” — featuring Sam Moore
“Nightshift”
“Do I Love You (Indeed I Do)”
“The Sun Ain’t Gonna Shine Anymore”
“Turn Back the Hands of Time”
“When She Was My Girl”
“Hey, Western Union Man”
“I Wish It Would Rain”
“Don’t Play That Song”
“Any Other Way”
“I Forgot to Be Your Lover” — featuring Sam Moore
“7 Rooms of Gloom”
“What Becomes of the Brokenhearted”
“Someday We’ll Be Together”

After a six-year wait, Bruce Springsteen and The E Street Band return to the stage in Tampa

Born to Tour: Bruce Springsteen & the E Street Band to kick off tour

Born to Tour: Bruce Springsteen & the E Street Band to kick off tour