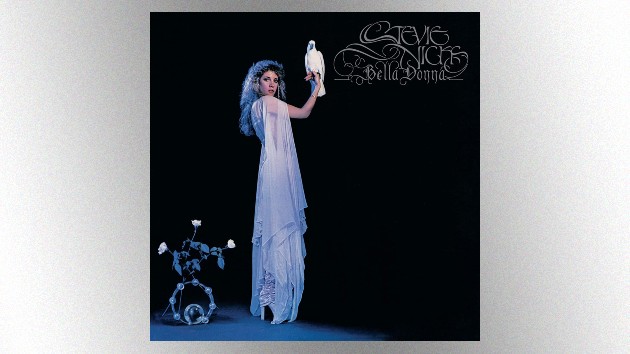 Tuesday marked 40 years since the release of Stevie Nicks‘ solo debut album, 1981’s Bella Donna. Now the Rock and Roll Hall of Famer has released an essay explaining how important the album is to her.

On her socials, Stevie writes that “Bella Donna was a dream…I did not want the record to sound anything like Fleetwood Mac. That would have defeated the dream.”  Instead, she explains, she wanted her and her two backup singers Lori and Sharon to sound like “the girl version of Crosby, Stills & Nash.”

According to Stevie, the inspiration for the album was a poem she wrote, inspired by her then-boyfriend’s mother, Maria Teresa Rojas.  As Stevie tells it, Rojas’ lover in Chile was “banished to France” after the Chilean coup of 1973.

“She never saw him again,” Stevie writes. “I was so touched by this story of lost love that I wrote Bella Donna. The moment the poem and then the song was finished, I knew I had the basis for my first solo record.”

Stevie goes on to say that Bella Donna “defined how I would feel about love forever,” adding, “I could not have been more proud of those songs, or the three months it took [us] to craft it. It did not break up Fleetwood Mac. If anything, it kept us together.”

And finally, Stevie notes that Bella Donna “opened the doors of the Rock and Roll Hall of Fame, took my hand and invited me in for my own work…the thing I am most proud of. And all because of a tragic love affair that caused… an important and relevant song to be turned into a story that the world seemed to love.”

Bella Donna topped the Billboard 200 album chart and has since been RIAA-certified four-times Platinum on the strength of hits including “Edge of Seventeen,” “Leather and Lace,” and its highest-charting single, “Stop Draggin’ My Heart Around,” a duet with the late rock legend Tom Petty.