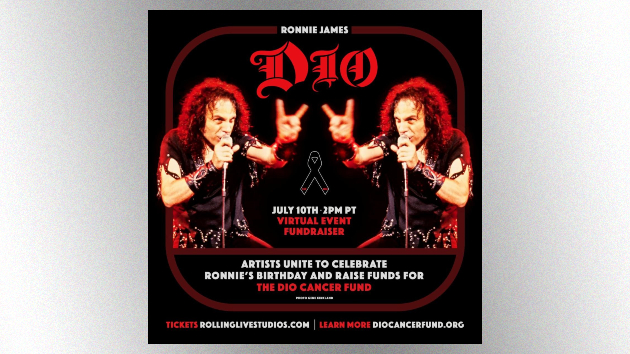 The benefit event, which coincides with what would have been the late metal icon’s 79th birthday, will be viewable at RollingLiveStudios.com and will feature a variety of performances, interviews and “special birthday messages” from the participating artists.

The event will raise money for the Stand Up and Shout Cancer Fund, a charity founded in Dio’s memory following his 2010 death from stomach cancer.

Tickets and special merchandise can be purchased at RollingLiveStudios.com/Dio. In addition, tickets are available now for a special virtual VIP afterparty scheduled for Sunday, July 11, at 5 p.m. ET.