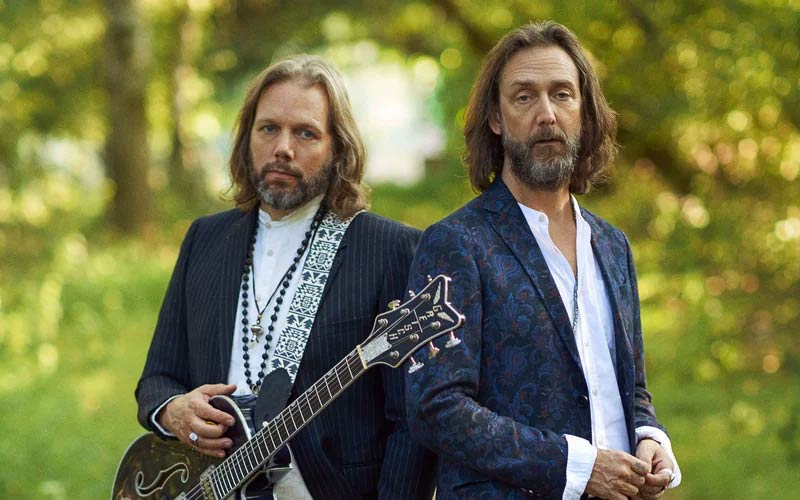 The Black Crowes’ irresistible brand of bluesy, southern rock has placed the band firmly among the American music greats. First formed in 1984 under the name Mr Crowe’s Garden, they became the Black Crowes in 1989 and signed to the record label Def American Recordings and released their first album in 1990, which was called Shake Your Money Maker. Although essentially a rock group, the Black Crowes cite many musical influences, such as psychedelic pop from the 1960s, Lynyrd Skynyrd, the Rolling Stones and the Faces to bands such as R.E.M. and the southern rock scene.

Throughout their career, the Black Crowes released 13 albums and had many chart singles. The band were at the height of their fame in the first five years of releasing records, with their first album eventually selling more than three million copies and gaining multi-platinum certification. Their debut album also delivered them six successful single releases. After the first album the Black Crowes released a further eight studio albums, with The Southern Harmony and Musical Companion released in 1992, followed by Amorica in 1994. The next three albums were Three Snakes and One Charm, By Your Side and Lions, which were released in 1996, 1999 and 2001 respectively. It was shortly after this point that the band had its first real break from performing and recording, announcing it was going on hiatus. With a slight change to the line-up, the band reformed in 2005 and released its next album, Warpaint, in 2008 followed by Before the Frost…Until the Freeze in 2009 and Croweology in 2010.

The band started touring in 1991, both supporting other rock bands and playing their own headline shows. In 1991 they took part in the Monsters of Rock tour as support act for the likes of Motley Crue. They continued to tour throughout their career, except during their first break, and in 2013 they announced a five-show UK tour to be followed by 21 dates across the US.

During their career the Black Crowes have sold in excess of 35 million albums, and as a mark of their impact on the rock music scene they feature in the VH1’s 100 Greatest Artists of Hard Rock. At the beginning of their career they were quickly recognized as a class act with Rolling Stone magazine readers voting them the Best New American Band. Further acclaim came from Melody Maker who named them The Most Rock ‘n’ Roll Rock ‘n’ Roll Band in the World.

The Black Crowes on Tour

The Black Crowes’ Chris and Rich Robinson celebrate the thirty-year anniversary of their landmark quintuple platinum debut album Shake Your Money Maker with a world tour beginning June 17, 2020 in Austin, Texas. The Black Crowes, which Melody Maker proclaimed as “the most Rock n’ Roll Rock n’ Roll band in the world” play their debut, described by Rolling Stone as, “a guitar-party cracker that marries Southern R&B crunch and Anglo cock-strutting attitude” in its entirety plus all the hits from the band’s illustrious catalogue.